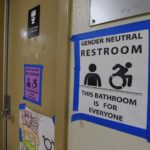 The final rule is an implementation of a section of the Affordable Care Act that prohibits discrimination in health programs and activities, and clarifies these anti-bias provisions to clearly pronounce the end of transgender discrimination.

One of the specifics of the rule allows transgender people to enter bathrooms based on their gender identity in the office or hospital of any healthcare provider that receives federal funding. HHS can stop giving federal funding to any organization that does not comply with these bans on discrimination, and may involve the Justice Department if discrimination reaches the point of criminal offense.

The Catholic Health Association (CHA) has been vocal in its concerns about the rule’s ramifications on religious health providers: “Health services related to gender transition present a potential conflict with the equally important principle of the free exercise of religion,” said the CHA in comments about the rule.

Ascension, the world’s largest Catholic health system, is fighting for an exemption from “having to perform, provide health insurance coverage of, pay for, or facilitate in any way procedures that would be contrary to Catholic doctrine.” HHS declined to give a religious exemption.

This final rule comes at a time when transgender rights are on the main stage in American politics. On Friday, May 13, the federal government ordered that schools must allow students to use whatever bathroom is consistent with their chosen gender identities, not necessarily the genders they were born with.

In the directive, Attorney General Loretta Lynch emphasized that discrimination against transgender students is unacceptable in American schools.

Implementing this anti-discrimination rule will be costly; current estimates suggest that it may cost up to $960 million to provide training and fund administrative costs associated with the rule. But for the hundreds of thousands of transgender individuals in the United States, many of whom previously struggled to access care, the rule could be life-changing.